The increase over the last century of floating rubbish, discarded at sea and flushed out from land, is having a dramatic
and detrimental effect on marine life. On the other hand, it also provides an increasing amount of "rafting" materials for
some marine organisms, in addition to naturally occurring ones and in some cases extending the geographical range of
not only pleustonic species but benthic species as well, as can be seen by the variety of species listed on this and the
next page.

Some of the flotsam I have found on local beaches was too large to bring home and photograph and as is sometimes the case, I did not have my camera with me! Ships' timbers, coconuts, large pumice, plastic crates, yachts, etc. I recently came across a very large mooring buoy on the beach that was covered in goose neck barnacles and had many Planes crabs and other life in amongst the barnacles. What a find!! I raced home to get camera and bucket and when I returned in a matter of minutes it was gone, removed by the local council and dumped!!! 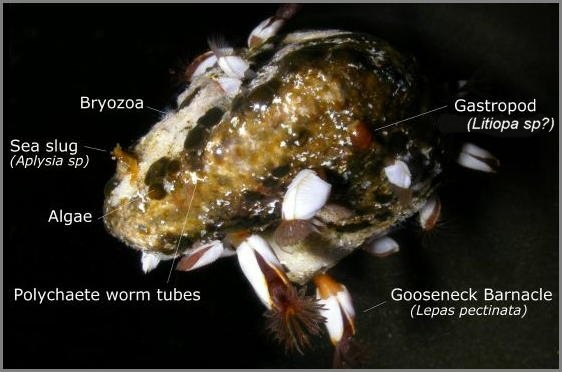 A 5cm piece of pumice providing a home for a variety of species. A mini ecosystem on a tiny raft, at the mercy of wind
and current. Found in March 2008, this pumice originates from a volcano just SW of Vav’au, Tonga, called the Home
Reef volcano. It erupted in August 2006. 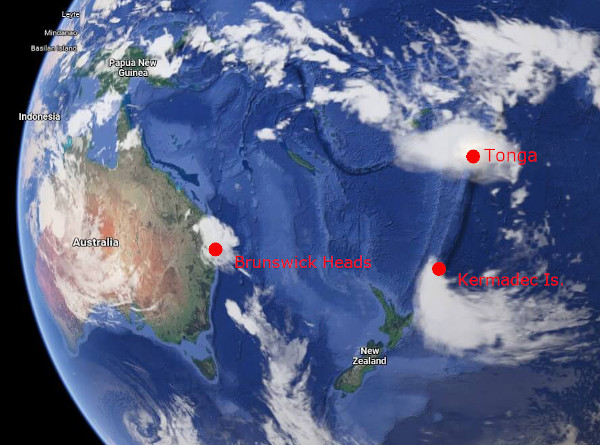 Another major influx of pumice occurred along the east coast during May 2013. This pumice came from the Havre volcano in the Kermadec Islands, which erupted on July 19, 2012. It is distinct from the Tongan pumice in that it is more of a white colour and sometimes larger (up to 40cm). This information is courtesy of Dr Scott Bryan, at the Queensland University of Technology. 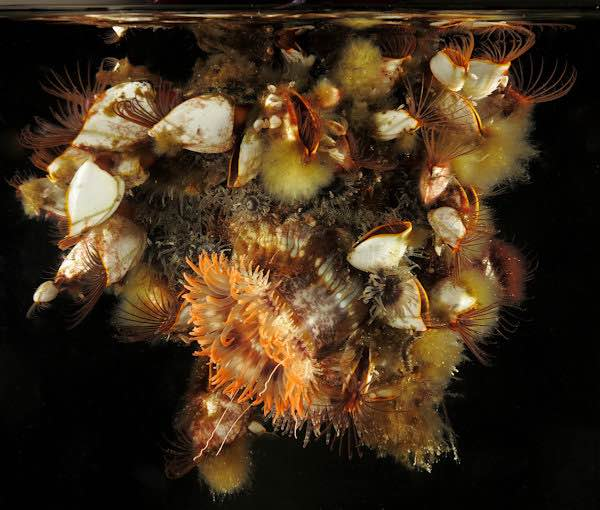 Above..two large pieces of Havre pumice, found in February 2015, after nearly two and a half years adrift and with a
good growth of algae that supported many worms as well as amphipods and caprellids 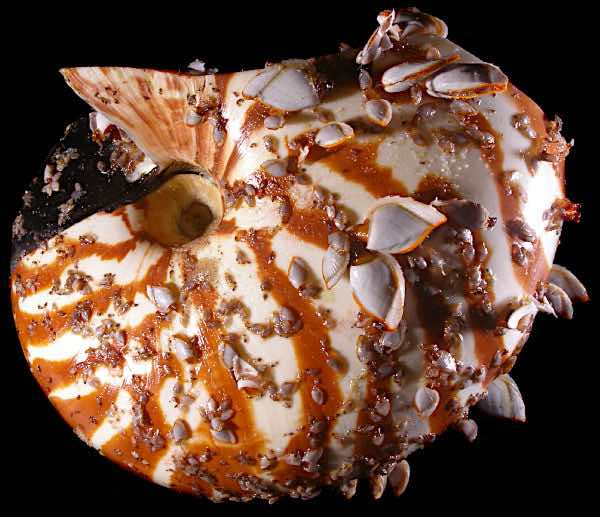 A broken Chambered Nautilus shell covered in Gooseneck barnacles found cast up on Brunswick Heads beach. This is Nautilus macromphalus, a rarer species than the common Nautilus and with a distribution restricted to the southwestern Pacific Ocean, off north-eastern Australia, New Caledonia and Loyalty Islands. 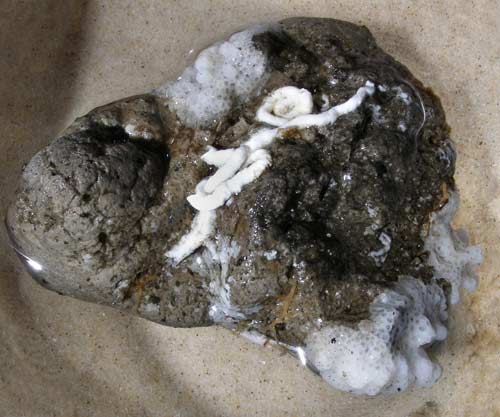 Please use BROWSER back button to return to this page 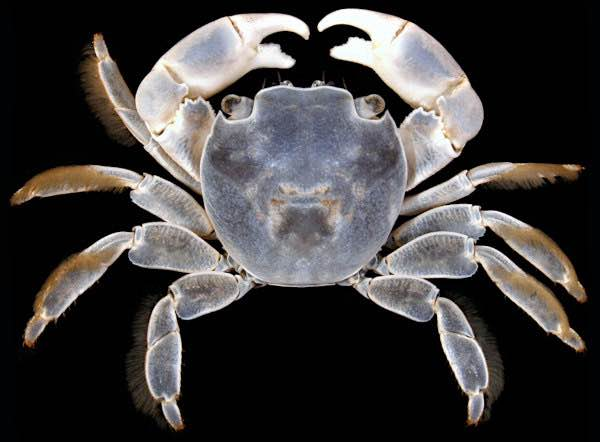